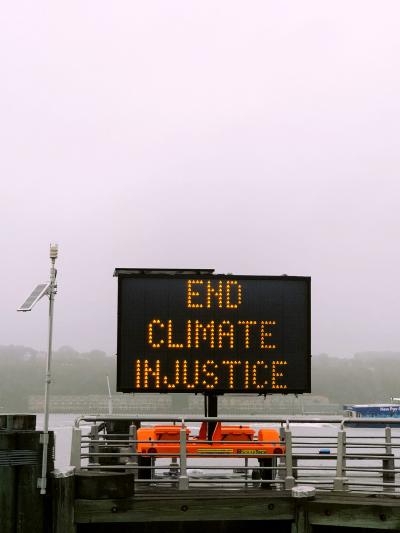 The Holy Father and the U.S. Conference of Catholic Bishops recognize climate change as a moral issue that threatens creation, places added burdens on poor people, and compromises the common good of all. The Church also maintains that acceptable means to address climate change must meet the Church’s standards of morality. These standards include official Church teaching that excludes abortion, artificial contraception, and/or sterilization, and which forcefully reaffirm[s] the inviolability of human life at every stage and in every condition, the dignity of the person and the unique mission of the family, where one is trained in love of neighbor and respect for nature. (Pope Benedict XVI, 2010 World Day of Peace Message, #12)

Some individuals and organizations have called for population control and artificial means of family planning as a way to address climate change, arguing that fewer people on the planet would reduce the amount of climate-changing greenhouse gases. However, as Cardinal Justin Rigali pointed out in his 2009 Statement for Respect Life Sunday:

As used by population control advocates, the innocuous term ‘family planning’ includes abortifacient contraceptives, sterilization, and manual vacuum aspiration abortions. He went on to conclude that, Death is not a solution to life’s problems. Only those who are blind to the transcendent reality and meaning of human life could support killing human beings to mitigate economic, social or environmental problems.

In order to act on the moral imperative to address on climate change, the Church is primarily focused on the lifestyles, industries and consumption habits of industrialized nations and their citizens as these are the primary drivers of climate change. For example, the average American's energy use leaves a carbon footprint that is 2,000 times larger and deeper than a person living in poverty in Africa. Additionally, 80 percent of global emissions come from just 20 percent of the world's population. Yet, as Pope Francis has observed:

Instead of resolving the problems of the poor and thinking of how the world can be different, some can only propose a reduction in the birth rate . . . To blame population growth instead of extreme and selective consumerism on the part of some, is one way of refusing to face the issues. It is an attempt to legitimize the present model of distribution, where a minority believes that it has the right to consume in a way which can never be universalized, since the planet could not even contain the waste products of such consumption. (Laudato Si', #50)

This same sentiment was echoed by Archbishop Bernardito Auza, Apostolic Nuncio and Permanent Observer of the Holy See to the United States, in his address to Fiftieth Session of the Commission on Population and Development: "While it is true that an unequal distribution of the population and of resources creates obstacles to development and a sustainable use of the environment, it must also be recognized that demographic growth is fully compatible with shared prosperity. Resources are sufficient, but they are often inefficiently used and improperly distributed. The developed world, with high levels of consumption and low levels of poverty, is often responsible for the imbalances in trade, the inequitable distribution of resources and environmental degradation."  (HolySeeMission.org)

As with other social concerns, the protection of human life and the promotion of human dignity are guiding principles that call us to action and provide a vital framework for discerning among options by which to address climate change.