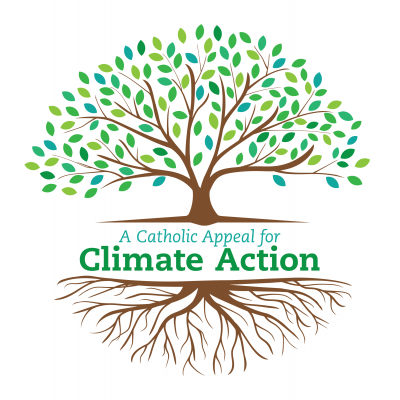 As President Biden meets with Pope Francis ahead of COP26, U.S. parishes and dioceses ask for climate solutions

Washington, D.C. – Today, ahead of an expected meeting between President Biden and Pope Francis leading up to COP26, Catholic Climate Covenant began delivering to the Biden Administration, the Vatican and U.S. Congressional leadership thousands of signatures on a petition and some 200 endorsements so far by U.S. Catholic partners and institutions including archdioceses, dioceses and parishes who signed a Catholic letter making faith-filled appeals for climate solutions.

“As reflected in Catholic teaching, human life is sacred, and the dignity of every human being, especially our vulnerable sisters and brothers of the present generations, and of the children yet to be born, is to be uplifted,” said Jose Aguto, Catholic Climate Covenant Executive Director. “Our climate crisis threatens this life that God has gifted us.”

Ahead of international climate talks in Glasgow, Scotland, the letter asks for ambitious national solutions for the common good that address the sources and threats of the climate crisis.

“As Catholic institutions, organizations, communities, and individuals in the United States, we recognize global climate change as an urgent moral issue that threatens the life and dignity of present and future generations, adds to the hardships already experienced by the poorest and most vulnerable people domestically and abroad, and degrades Earth, our common home.” The letter continues…“U.S. and global leadership and ambition are critical if humanity is to limit warming to 1.5 degrees Celsius to avoid the worst impacts of climate change.” Read the full letter.

U.S. creation care teams and leaders have been meeting with their bishops, priests and other church leaders for weeks ahead of this moment, asking for increased Church engagement on the issue. While not all church leaders who were approached signed the Letter, parishioners said the leaders they met with were receptive to the effort, and U.S. Catholic engagement will continue through action alerts that support a reduction of greenhouse gases and uplifting the interests of the U.S. and global communities most vulnerable to the effects of climate change, prayer and education programs, and a global effort to respond to the Vatican’s Laudato Si’ call to action on integral ecology that listens to both the cry of the Earth and the cry of our global neighbor.

“One of my favorite lines from Laudato Si’ is as follows,” said Archbishop Charles C. Thompson, whose Archdiocese of Indianapolis signed the letter early on. “’Rather than a problem to be solved, the world is a joyful mystery to be contemplated with gladness and praise. (#12)  Contemplation of this great mystery of creation must also be balanced with action to care for the earth, taking no blessing for granted.’”

Bishop Douglas Lucia, whose Diocese of Syracuse also signed the letter, said: “We see a world that is suffering. We must ask ourselves: What can I do about it? We are called to cherish life because it is a gift from God.”

In addition to archdioceses, dioceses and parishes that signed, other Catholic institutions that signed include Catholic Climate Covenant partners, universities, hospital systems, men and women religious communities, and others. See full list here as of October 26, and sponsoring partners here, including Jesuit Conference Office of Justice and Ecology, Leadership Conference of Women Religious, Sisters of Mercy, Franciscan Action Network, Carmelite NGO, National Council of Catholic Women, Catholic Association of Diocesan Ecumenical and Interreligious Officers, the Maryknoll Office for Global Concerns, Catholic Health Association of the United States, Society of the Sacred Heart, Ignatian Solidarity Network, and the Columban Center for Advocacy and Outreach.

The Catholic Climate Covenant’s role as the national organization tasked with animating and centralizing U.S. Catholic activities related to the Vatican’s Laudato Si’Action Platform provides global, national and local opportunities to carry out our common home mission immediately and into the future, and www.GodsPlanet.us is the central online home for actions and good news of what U.S. Catholic institutions are doing.

Catholic Climate Covenant is a coalition of 20 U.S.-based Catholic organizations working to increase and promote the U.S. Catholic response to climate change through faith-driven ecological Church teaching and actions.