In his apostolic exhortation Christus Vivit, Pope Francis encourages young Catholics to be “the protagonists of change.”

“You are the ones who hold the future!” writes the Holy Father. “Through you, the future enters into the world. I ask you also to be protagonists of this transformation.”

In recent months, two leading cardinals have suggested specific ways for young Catholics to seize hold of their future, encouraging them to dialogue with their local bishops about climate change.

During a conference on Laudato Si’, hosted by Catholic Climate Covenant and Creighton University, Cardinal

Blase Cupich of Chicago urged young Catholics to meet with their bishops and advocate for more action and greater urgency.

"I am convinced that it is useless to talk about advancing a culture of life absent a vigorous commitment — both by individuals and communities — to making the sacrifices required for improving the socioeconomic, ecological and political crises of our time," Cupich said.

Cardinal Jean-Claude Hollerich, president of the Commission of the Bishops' Conferences of the European Union, also called on young people to seek to persuade bishops to make combating climate change a top priority.

But how do lay Catholics contact their bishop and other Catholic leaders, much less dialogue with them? Catholic Climate Covenant has you covered.

On August 31, we are hosting a webinar called Season of Creation Training: How to Engage Catholic Leaders for Climate Action.

During our webinar, we’ll outline the steps to contacting your diocese and setting up a meeting with your bishop and other Church leaders.  We’ll help you identify people in your diocese who are committed to creation care and might want to join the meeting. And we’ll teach you how to prepare for the meeting with a specialized tutorial.

We’re hoping that through your commitment to these actions, bishops will take concrete actions with their voices, and in their schools, parishes and other places in their ministry. We’re also hoping they lend their voice in support of ambitious national climate legislation, and of Pope Francis’ presence at the upcoming United Nations Climate Change Conference in Glasgow this November, when he’s expected to make a moral case for protecting our planet. 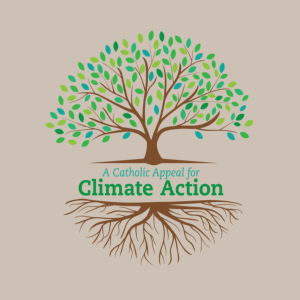 As a tangible place to start, we are encouraging bishops and other Catholic leaders to sign our Climate Action Petition, a faith-filled letter from the U.S. Catholic community to President Biden and the U.S. Congress, urging them to work together and create policies that will build a better future and protect our common home. We plan to deliver these messages during Season of Creation, with the hope and prayer that they will move the needle of the nation’s moral compass toward bold and ambitious solutions.

As our executive director Dan Misleh has noted, it’s getting pretty biblical out there, and not in a good way. Fires, flooding, intense storms -- they put Dan in mind of the Bible’s Book of Exodus, in which the Pharaoh ignores Moses’ increasingly frightening prophecies. In our world, as Pope Francis has said, those kinds of doomsday scenarios “can no longer be met with irony or disdain.”

But as Catholics we are a people of hope. There are 70 million of us in the United States. Together, we can make a change in our church, and hopefully, the world.  But it’s up to all of us to get involved. Please join us on Aug. 31. You can register here.