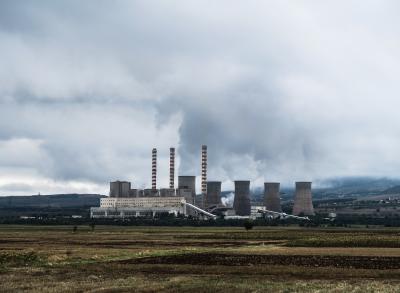 Washington, D.C. – August 21, 2018 – Catholic Climate Covenant stands with the U.S. Catholic bishops and other Catholic organizations to express its disappointment with the Trump Administration’s decision to replace the national standard for the electricity sector under the Obama Administration with a weakened version.

On Tuesday, the administration issued the “Affordable Clean Energy” rule on reducing emissions from the electricity sector by allowing states to decide if or by how much to reduce greenhouse gas emissions.

“By law, the Environmental Protection Agency is required to reduce pollution contributing to climate change, to protect human health and to promote clean air,” said Dan Misleh, founding executive director of Catholic Climate Covenant, a D.C.-based education and action organization. “This new proposal does none of those things. It makes our world and its people, particularly those with the fewest resources to withstand a changing climate, more vulnerable to rising seas, extreme droughts, and dramatic storms caused by the burning of fossil fuels, not to mention the soot and smog-forming pollution from coal-fired power plants,” he continued.

In 2014, when the Obama Administration’s Clean Power Plan (CPP) was proposed, the U.S. bishops voiced their support for a national standard taking into consideration the long-term implications of a warming world caused by CO2, especially on human health. On October 10, 2017, when the Trump Administration announced that it would be drafting new rules, Bishop Frank Dewane of Venice, FL, and chairman of the U.S. Conference of Catholic Bishops’ Committee on Domestic Justice and Human Development, said that any replacement rule would need to meet or exceed the CPP standards. He said, “Having already withdrawn from the Paris climate agreement, this change in course by the EPA solidifies the already troubling approach of our nation in addressing climate change, and places at risk many people, including the poor who can least bear the consequences of inaction."

In the coming days, Catholic Climate Covenant and its 17 national Catholic partners will urge people of goodwill to comment on the rule and take into consideration the words of Pope Francis who said, “We know that technology based on the use of highly polluting fossil fuels – especially coal, but also oil and, to a lesser degree, gas – needs to be progressively replaced without delay” (Laudato Sí, #165).